This IBDA Council assures you that the International Bujinkan Dojo Association and the Bujinkan teachings it represents will outlive anyone training in the art today. 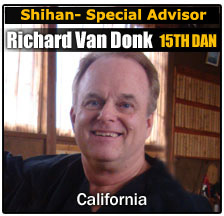 Richard started formal martial arts training at the age of 17, informal at age 11. Richard who has studied the Bujinkan arts since 1981 is now one of the senior Bujinkan Ninjutsu DaiShihan Shidoshi (Instructors) outside of Japan; holding a 9th Dan in Ninpo Taijutsu (highest possible) / 15th dan in Budo Taijutsu (highest possible) and Shin Gi Tai Certification from now retired Grandmaster Masaaki Hatsumi, of whom he is a personal student. 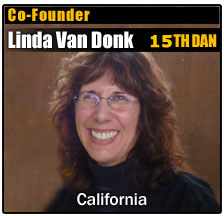 Linda started martial arts in High School when she joined a fencing class. She loved the foil for its quickness and that it was as demanding for her mind as it was for her body. Linda, a Senior Shihan Shidoshi (15th dan -DaiShihan) is the Director of Training for the American Bujinkan Dojos.

Linda Van Donk is the Co-Director of Bushindo Martial Arts University operating world wide in over 120 countries with its International Dojo Headquarters in (Northern) California, U.S.A. Linda earned a degree in cultural & physical Anthropology. She is a film producer of over 40 martial arts and self improvement titles as well as the senior editor for Bushindo University Publications. She is the director of the American Bujinkan Dojo and President of Bushindo Inc. 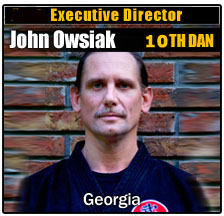 I grew up in Michigan with a great love for the outdoors and Martial arts. When I wasn’t out roaming through the woods or boating on the lakes, I was reading any martial arts book that I could find. I took my first Martial Arts class at age15 and was hooked. I studied Tae Kwon Do for 22 years from that first day, and made many lifelong friends in many different organizations.

I met Shihan Richard and Linda Van Donk for the first time at the IBDA Tai Kai in 2003 after training many years with IBDA Shihan Jeff Davis. They welcomed me into the IBDA world with open arms. What a mind-blowing event that was for me (as each one has been since). The instructors broke down concepts, drills, and techniques into easy-to-understand little bits I could use. Not only that, but the feeling of being one of the IBDA family was amazing; I could go up to anyone, regardless of their rank, and train. This spurred my desire to grow even more, and I knew this was my home. 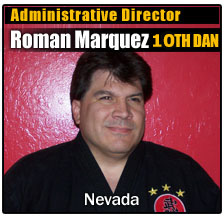 Shihan James Clum is instructor of Azusa Bujinkan Dojo.  He began studying martial arts when he was 13 years old in the 1980’s.    At 17 he moved away to California and began to study Hapkido, and after many years has earned a 5th degree black belt (godan) in this art.   Over the years he also learned Jujitsu earning a fourth degree black belt (yondan) in the American Jujitsu Federation and a third degree black belt (sandan) in Yoshin Ryu Jujitsu.  In addition he has spent 7 years learning Aikido earning a 2nd degree black belt (nidan).   He has continued  training in Bujinkan Budo Taijutsu from 2001 until the present.  He considers Bujinkan Budo Taijutsu and Aikijutsu the main arts that he practices.  His first and primary teachers are Shihan Richard Van Donk and Soke Masaaki Hatsumi. 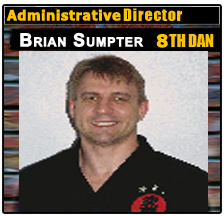 In 1997, I began training in the art of Ninjutsu/Budo Taijutsu under Master Richard Van Donk and finally found what I have been looking for all this time. It is an art that encompasses all of the things I could ever look for and one that grows with me. When I first met Shihan Richard Van Donk he greeted me with open arms and treated me like a lifelong friend. There was no ego or attitude, only the desire to help me on my path. I currently hold an 8th Degree Black Belt in Budo Taijutsu and title of Shidoshi. I am very proud to be a personal student under Shihan Richard Van Donk.