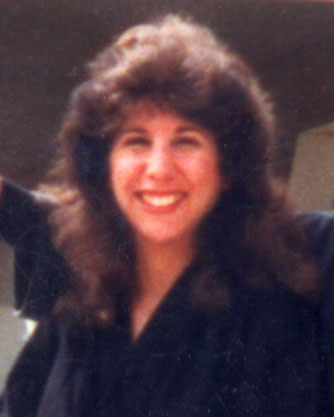 Linda Van Donk was born in Mass. on July 9.

Shihan Linda Van Donk’s Martial Arts Profile  Linda started martial arts in High School when she joined a fencing class. She loved the foil for it’s quickness and that it was as demanding for her mind as it was for her body. Linda, a  Senior Shidoshi (15th dan) is the Director of Training for the American Bujinkan Dojos.

Linda Van Donk is the Founder and Director of the IBDA/American Bujinkan  Dojos (Ninjutsu) and Bushindo Martial Arts University operating world wide in over 60 countries with its International Dojo Headquarters in Middletown, (Northern) California, U.S.A. Linda earned a degree in cultural & physical Anthropology. She is a film producer of over 25 martial arts and self improvement titles as well as the senior editor for Bushindo University Publications. She is the director of the American Bujinkan Dojo and President of Bushindo Inc.

Shihan Linda is one of the highest ranking female Bujinkan Ninjutsu Shidoshi (Instructors) holding the rank of 15th Dan in Budo Taijutsu/Ninjutsu granted directly from Grandmaster Masaaki Hatsumi, and the only Level 6 instructor of Dynamic DeCuerdas Eskrima (she was a personal student of the late DeCuerdas Grandmaster Gilbert Tenio).

Linda Van Donk has received her ranking direct from Soke Hatsumi and has trained with him in Japan and around the world at various tai kais over the years since 1986. She started training in Ninjutsu with her now husband Richard in 1985. In May 1995 Linda passed her 5th degree test at the Tuscon Tai Kai in front of a panel of Shihan teachers. Linda became one of the very few females in the world to ever take this coveted sakki test directly from Soke Hatsumi and pass the very first time. Soke Hatsumi awarded Shihan Linda Van Donk her 10th degree Blackbelt Menkyo license on Dec. 2, 1995 (Soke Hatsumi’s Birthday) after she brought 4 signed recommendations from some of the very top Bujinkan Shihan on April 2nd, 2004 (Takamatsu Resurrection Tai Kai).

Shihan Linda has been responsible for pioneering the Ninjutsu Blackbelt course created by Shihan Richard Van Donk around the world so that people without teachers nearby could have a way to train in this wonderful. It is through her compassion that the art has grown as it has around the world. In April of 2014 Shihan Linda Van Donk was promoted to 15th dan by Soke Hatsumi.

DeCuerdas Eskrima – True DeCuerdas is a pure blade fighting system that is one of the rarest mother systems of Eskrima. DeCuerdas means to windup as in winding a watch (‘spring forward’) and has deep spiritual and philosophical roots as well as a very powerful weapons art.. Linda Van Donk has earned the rare title of Master (Professor) and Level 6 (Level 7 is the highest) in Dynamic DeCuerdas Eskrima from Grandmaster Richard Van Donk, an inheriting GM. Linda Van Donk studied diligently with Grandmaster Tenio for many years before his passing. 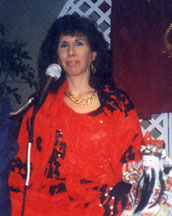 Linda considers herself to be a perpetual seeker of truth. She has traveled around the world visiting, meditating, and studying sacred places and people such as the Pyramids & Nile temples in Egypt, Satgurus & Temples all over India, Dogzen Empowerments directly from the Dalai Lama, Stonehenge, Glastonbury & Avebury in England, Mt. Shasta, Ca., American Indian holy sites, Mikkyo Temples in Japan, Central American ancient civilizations of Palenque, Teotihuacan and several others deep in the jungles of Mexico, etc. searching and studying aspects of spirituality and consciousness.

Personal Info.  Linda loves to learn. She is always reading 4 or 5 books at a time. Education and awareness is the way to overcome ignorance. Her major in college was anthropology where she received a cultural and physical anthropology degree. Also being interested in healing and nutrition she has received certifications in Reiki, several massage schools, and lymphology She is certified in Silva Mind Control, brain mind sciences, Hypnotherapy, Kriya Yoga, and NLP (Neurolinguistic programming) at the trainer level. She has explored skydiving, firewalking, hot springs, burningman, music festivals, and Goddess events. She is a film producer of over 25 martial arts and self improvement titles as well as the senior editor for Bushindo University Publications. She is the director of the American Bujinkan Dojo and President of Bushindo Inc.. Spiritual Name: Yamuna Lotus Star.